From a timeless novel to a glamorous movie...now a thrilling ballet production!

[Hong Kong – 28 December 2018] Kicking off the new year, Hong Kong Ballet will present Septime Webre’s Asian première of The Great Gatsby in February 2019. Set in the glamorous world of New York high society in the Roaring Twenties, this extraordinary tale of abundant wealth, stunning excess and dark obsession is based on F. Scott Fitzgerald’s ‘Great American Novel’. Thought-provoking and emotional, The Great Gatsby reflects on the clash between “old money” and “new money”, the disintegration of social and moral values and the empty pursuit of pleasure.

Artistic Director Septime Webre explains, “When adapting a masterwork to a different medium, it’s not enough to merely be faithful to the book’s intent—you’ve got to illuminate a new facet of the story which hasn’t been presented before. Audiences can expect a gripping tale of love and obsession, excess and passion. It will be a pretty unique experience.”

About The Great Gatsby

The enigmatic Jay Gatsby is a self-made millionaire whose infamous, extravagant parties are attended by many guests, but he still longs for his lost love. His neighbour, Nick Carraway, is a recent university graduate who rents a house in West Egg, Long Island across the water from his wealthy cousin, Daisy Buchanan. Nick learns that Gatsby and Daisy had been in love five years ago, but “rich girls don’t marry poor boys”, and Daisy had married the well-off Tom Buchanan after Gatsby went off to war as a soldier. Gatsby asks Nick to arrange for an afternoon tea with Daisy.

Gatsby and Daisy discreetly begin an affair, while Daisy’s husband Tom is also involved in an affair with garage-owner George Wilson’s wife Myrtle. One afternoon, Gatsby confronts Tom and pleads with Daisy to say she never loved Tom, but he asks too much of her, and Daisy cannot bring herself to do that. Despite everything, Gatsby resolutely still believes Daisy will come back to him. One night, Myrtle is killed by Gatsby’s speeding car, driven by Daisy. George sees Gatsby and assumes he killed Myrtle. Through it all, Nick watches as the idealistic Gatsby is betrayed by his own dreams. 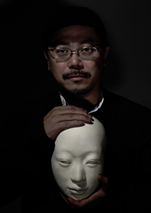 Locally born Tim Yip is a world-renowned visual artist, art director for stage and film and fashion designer. He was the first Chinese to win the Academy Award for Best Art Direction for Crouching Tiger, Hidden Dragon in 2001. His other accolades include British Film and Television Academy Award for Best Costume Design, Bessie Award and Olivier Award.

Matthew Golding won Prix de Lausanne before joining American Ballet Theatre in 2003. Promoted to Principal Dancer of Dutch National Ballet in 2010, he danced with The Royal Ballet during 2014-2017. He won the Dutch Zwaan Award in 2010, the Alexandra Radius Prize in 2011 and was nominated for the Prix Benois de la Danse in 2012.

Tan-ki Wong is the co-founder of Neo Dance HK and was a guest performer with Ballett Bremerhaven in Germany. His accolades include the male solo third prize at the 2012 IDO World Tap Dance Championships, 2011 Outstanding Achievement in Independent Danceand 2014 Outstanding Achievement in Choreography awards at the Hong Kong Dance Awards and the Award for Young Artist in Dance at the Hong Kong Arts Development Awards 2014.

Based in the US, E. Faye Butler is a celebrated theatre actress and singer with over 40 years of experience. She has performed at numerous concert venues, theatres, festivals and Broadway shows like Mamma Mia! and Nunsense. Her accolades include seven Joseph Jefferson Awards, a RAMI Award, an Ovation Award, two Helen Hayes Awards and four Black Theatre Alliance Awards, among others.

* Available for full-time students, senior citizens aged 60 or above and people with disabilities

Tickets are available at HK Ticketing

Suitable for ages 6 and above

The presenter reserves the right to alter the programme and artists.

The performance lasts approximately 2 hours with one intermission.

Present your ticket stub to Hong Kong Ballet’s reception counter before the performance or during intermission to receive a coupon for a free drink. Each ticket stub is valid for one free drink only.

Conducted in English | Suitable for ages 6 and above

Attend an interactive working rehearsal of an upcoming premiere, and then hob-knob with

our artists over a glass of your favourite brew!

Conducted in English | Registration details to be announced

Join Hong Kong Ballet’s Ballet Master Luis R. Torres for a fun-filled workshop of social dances from the Roaring Twenties. Discover your inner "flapper" while learning the Charleston, thetango, the fox trot and much more!

*20% off for Friends of Hong Kong Ballet members

Conducted in English, supplemented with Cantonese | Suitable for ages

16 and above | No prior dance experience is necessary

An eclectic mix of talent, a balance of classical and contemporary works, and a unique repertoire are the trademarks of Hong Kong Ballet, Asia’s premier ballet company. Internationally recognised and acclaimed for its creativity, talent and artistry, the Company, led by Artistic Director Septime Webre, is committed to providing captivating experiences that delight and inspire audiences from all walks of life, both at home and abroad.

Patrons who purchased tickets through URBTIX for Amor y Pasión, a 50th Hong Kong Arts Festival programme, originally scheduled for 4-6 March 2022 and cancelled due to LCSD venue closures from the pandemic, can receive cash refunds at the Hong Kong Cultural Centre box office from 17 May to 11 July 2022.

For ticket exchanges, donations or refunds, please return this completed form (Download) with the intact original ticket(s) (with stub) to us by 9 July 2022 (Fri) at 6pm. Should you have any enquiries, please contact [email protected] or +852 2105 9724 (Mon-Fri 9am-6pm).