After the show, guests can mingle with their favourite dancer over a drink and then enjoy a late-night screening of The Unheard Beat. This new documentary from film director Oliver Shing reveals the sweat, passion, disappointment and triumph behind the creative process, featuring Yuh Egami, Hu Song Wei Ricky and other Hong Kong Ballet dancers.

About the works and artists 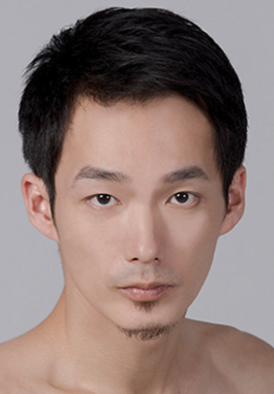 Born in Okinawa, Japan, Yuh Egami graduated from The Royal Ballet School in London and joined Hong Kong Ballet as a member of the Corps de Ballet in 2002. He assumed the additional role of Répétiteur in 2014 and became Assistant Ballet Master in 2018.

Egami has presented his works at Hong Kong Ballet’s Choreographers’ Showcase, including Horn (2014) and White Lies (2012) with Hu Song Wei Ricky, OIOIO (2011), Mirage (2010), Collage of One (2008), Sakula (2007) and Kagé (2005). He has also contributed choreography to several full-length works including Carmen (2017), co-choreographed with Hu, The Frog Prince-A Ballet Chinois (2013) together with Hu and as associate choreographer to Yuri Ng and Firecracker (2010) as an associate choreographer to Ng. His work Bolero (2015) with Hu, won Outstanding Ensemble performance at the Hong Kong Dance Awards 2016. Egami has also collaborated with music composer Mike Orange for the “New Works Forum: Choreographer & Composer Lab” by West Kowloon Cultural District in 2016.

Egami also re-choreographed Ng’s Devil’s Tale for Architanz, Japan in 2015 and choreographed Sonographer (2011) and Firefly (2016) for E-side Dance Company and Peter and the Wolf (2018) for Le Studio Ballet in Hong Kong.

Mike Yip is a composer, improviser and experimentalist whose work is characterized by a cross-boundary approach to cultures, traditions and genres, as well as experimentation in new performance practice and improvisation. His recent research focused on the potential use of electric guitar in concerts and on combining electric instruments, Western traditional instruments, ethnic instruments and signal-processing technology in music compositions.

James Kong graduated from the School of Creative Media with a Bachelor of Science degree. He designs and develops interactive software for dance theatres and also works as a mobile software engineer. Kong is dedicated to human-computer interaction research, applies multimedia techniques in theatres and explores the potential of computational media in theatre. Skilled in programming, he has been invited to develop software for exhibitions and interactive installations. He participated in RAM CAMP in Kyoto 2017, exchanging ideas with other Asian dancers and programmers about interactive media in dance theatre.

Born in Shanghai, China, Li Jiabo trained at Shanghai Far East Ballet School and The Hong Kong Academy for Performing Arts. He joined Hong Kong Ballet as a member of the Corps de Ballet in 2005, was named Soloist in 2012 and became Principal Dancer in 2014.

A graduate of the Guangzhou Dance School’s Chinese Dance Department, He Chaoya received a full scholarship to study at The Hong Kong Academy for Performing Arts. He is a recipient of gold medals at the National Minorities Performance Gala, Guangdong Song of Youth Dance Competition and the Guangzhou Architecture Cup National Social Dance Competition (Youth category).

He joined the Hong Kong Dance Company in 2007. He was featured in various pas de deux: Antelopes of the Snow in Dance Roots, Shadow in Red – Red or Black in Two Swallows –Ode to Wu Guanzhong, Hometown in Pop Classics: Joseph Koo’s Dance Melodies 2013, Love Song with Drums in Dream of the Past: Ancient Chinese Court Dances and Fluttering Hearts in Kaleidoscope of Dance from Yunnan. He also played the role of Old Zhou in Plateau Bluebellsand Young Master in Red Poppies (2014 re-run). His recent works co-choreographed with Li Jiabo Night Thoughts and Infinity Awaits were presented at Hong Kong Ballet’s Choreographers’ Showcase 2016 and 2017.

Tsui Chin Hung is a local composer, orchestrator and guitarist who has performed for many renowned singers. He was the Music Director for 45mins Soulmate (2016) by Kearen Pang Production and Media Asia Music and composed original scores for ALEA III Contemporary Music Ensemble’s concert (2014), Postcolonial God of Food (2014) by On and On Theatre Workshop and other short films.

Tsui studied at Berklee College of Music on scholarship and graduated with a degree in composition. He also studied guitar and conducting in the US. He was awarded Outstanding Stylist Award from Musicians Institute for his guitar work.

Rachel Cheung has unique expertise in ceramics and glass art. She was awarded the Prize of Excellence at the Hong Kong Art Biennial Exhibition 2001 and the ‘Artists in the Neighbourhood Scheme II’ Award in 2002. Additionally, she was invited to participate in the International Biennale of Contemporary Ceramics 2006 in Vallauris, France and exhibited her works at ‘Fukutake House – Asia Art Platform’ at the Setouchi Triennale 2016 in Japan. Her works are widely collected by museums, including Hong Kong Museum of Art, Hong Kong Heritage Museum and Taiwan Yingge Ceramics Museum, corporations and private patrons.

Born in Jiangxi, China, Hu Song Wei Ricky trained at Shanghai Dance School, LASALLE-SIA College of the Arts in Singapore and The Hong Kong Academy for Performing Arts. Hu joined Hong Kong Ballet as a member of the Corps de Ballet in 2008 and was named Coryphée in 2015.

Olivier Cong is a songwriter whose musical style is consistently hollow, dark and spacious. He travelled and performed throughout Europe in 2016, he was also invited to perform at Wow and Flutter Weekend and Clockenflap later that year. He then co-created the music label “Raven & The Sea Music Production Limited” in 2017.

Cong and his debut album A Ghost and His Paintings (2018) were chosen by Apple Music to be featured as the first "Hong Kong Spotlight Artist". He has also composed soundtracks and did arrangements on various occasions, including a theatrical piece, TV commercials, documentaries, dance pieces and art exhibitions.

His choreographic works included L’espoir (2017) and tʃHEy (2016). Leung received an Outstanding Performance Award at the Taoli Cup Dance Competition in 2003.

Heung Kin Fung Alex is a lecturer and Subject Coordinator (painting) at Hong Kong Art School. His works are frequently exhibited in Hong Kong and abroad, including permanent artwork at Ho Man Tin MTR Station and selected works at the Hong Kong Art Biennial Exhibition 2003. He took part in RMIT University’s residency programme in 2015. His works are collected by Hong Kong Museum of Art and by private patrons.

Born in Zhejiang, China, Li Lin trained at Beijing Dance Academy. He joined Hong Kong Ballet as a member of the Corps de Ballet in 2010 and was named Soloist in 2014.

Since joining the Company, Li has presented choreographic works at Hong Kong Ballet’s Choreographers’ Showcase, including Break Away (2014), Follow Your Heart (2016) and The Bow (2017). He danced Pas de Deux from Krzysztof Pastor’s In Light and Shadow with Liu Miaomiao at the International Ballet Festival of Havana in 2014 and won second prize at the Taoli Cup Dance Competition in 2009.

Yeung Chin is an alumnus and a member of Alternatif Fashion Workshop. After winning a top creative award in Hong Kong Young Designers’ Contest in 2003, he obtained a MA in Fashion Design from the University of Westminster in 2009 and won the Hong Kong Young Design Talent Award Special Mention Award in 2010.

Yeung has worked with Li Ning and previously was the Chief Fashion Designer at G2000. He has designed costumes for City Contemporary Dance Company’s Happily N’ever After (2010) and The Little Prince (2017), and his work has been seen in many Fashion Week events, at Singapore Design Centre, Isetan (Japan), Hong Kong Heritage Museum and more. Yeung established his own fashion brand in 2013 and is now a guest lecturer at Hong Kong Design Institute.

Born in Tennessee, US, Forrest Rain Oliveros trained at Ballet Tennessee, Ellison Ballet and The Ailey School in the US. He danced with Charlotte Ballet and other companies before joining Hong Kong Ballet as a member of the Corps de Ballet in 2017.

Born in California, USA, Chloe Ho belongs to a new generation of talented artists born in the 1980’s. Raised in Hong Kong and finished her art training at the Mills College in the US, her paintings show an original, bold, unexpected, yet familiar aesthetics, reflecting her multicultural background and signature artistic visions. Her works were extensively exhibited in group shows and solo exhibitions in the US, mainland China, Macau and Hong Kong, and were collected by private collectors all over the world.

Born in South Carolina, US, Jonathan Spigner trained at the South Carolina Governor’s School of Arts and Humanities and at Académie Princesse Grace in Monte Carlo. He joined Hong Kong Ballet as a member of the Corps de Ballet in 2010 and was named Coryphée in 2014. He assumed the additional role of Pilates Instructor for the Company in 2017.

Hong Kong visual artist Tsang Man Fu Matthew completed both his BFA in 2008 and MFA in 2016 at RMIT University in Australia. His works investigate the relationship between time, change, process and materiality, using natural materials, including wood, ice and charcoal, that go through various processes like burning, melting and freezing and are presented as installations, videos, photographs or sculptural objects. Tsang has been a lecturer at Hong Kong Art School since 2012. His works are regularly exhibited in Hong Kong and Australia and collected by private patrons. His work was recently exhibited at Harbour Art Sculpture Park (2018).

Suitable for ages 6 and above
The presenter reserves the right to alter the programme and artists
The performance lasts approximately 1 hour and 40 minutes, including an intermission.

15% off food and beverages at InterContinental Hong Kong
Ticket holders can enjoy 15% off food and beverages at all restaurants and bars at InterContinental Hong Kong before or after the performance upon presentation of their tickets on the performance date. Terms and conditions apply.
Enquiries: 2313 2323 / fb.hongkong@ihg.com
Website: hongkong-ic.intercontinental.com

*The concept and ideas of the works were conceived and developed during the Creation for Freespace: Choreographer and Composer Lab programme co-partnered with West Kowloon. The composer and live music for this performance were commissioned and funded by West Kowloon.
With kind permission of Hong Kong Dance Company

An eclectic mix of talent, a balance of classical and contemporary works, and a unique repertoire are the trademarks of Hong Kong Ballet, Asia’s premier ballet company. Internationally recognised and acclaimed for its creativity, talent and artistry, the Company, led by Artistic Director Septime Webre, is committed to providing captivating experiences that delight and inspire audiences from all walks of life, both at home and abroad.